Next DLC is something Im really looking forward to, The Thieves Guild! It will be launched march 7 with tons of new content and a new location. I am preparing Polly Ester for this and the other day she got company on a stealing raid with guildie Sir Tumba, the sneaky cat. 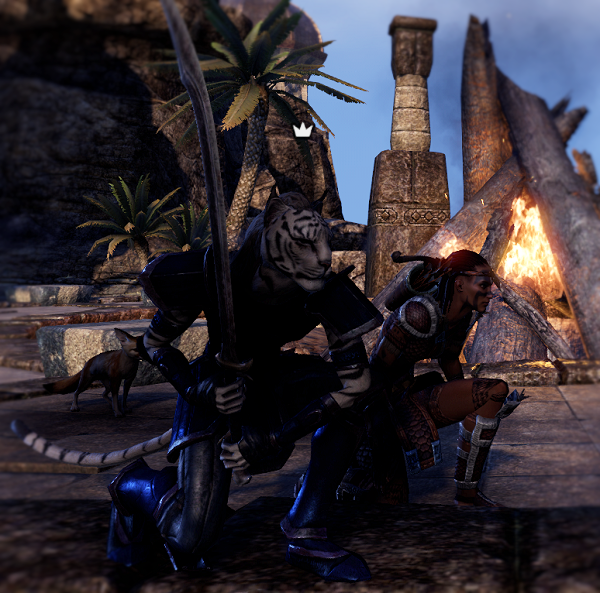 It was so much fun, Tumba was running around taunting and killing innocents (not fully intentionally im afraid ;) and while the guards killed him I could without being disturbed loot all the stuff around, and also some dead bodies afterwards. I got rich! I guess tis my turn to “tank” nxt time ^^

I love this but my moral compass is going bonkers…. I even steal things while talking to the king nowadays :S

The video, Introduction to Thieves Guild: